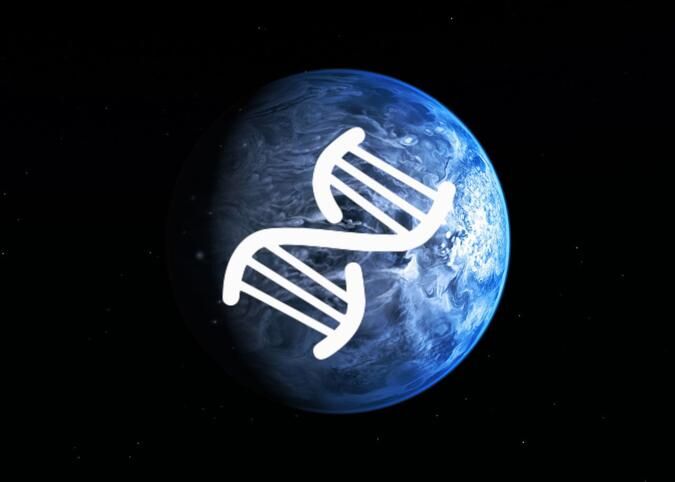 Animula, latin for a piece of soul or life, is another sanctuary for life; a planet quite similar to earth, but due to evolution's randomness in establishing traits, is home to creatures awe-inspiringly different superficially, behaviourally and fundamentally to life on earth, down to their very cells. When humans, in in midst of a new foray into space by means of wormhole genesis, discovered this amazing life-filled planet, scientists had at last found conclusive evidence that life did indeed exist out of earth, and not just tiny extremeophilic life; life that was multicellular, sophisticated, intelligent, and all the more astonishing (and massive because of Animula's lower gravity).

Maximum temperature: 48 degrees Celsius Animula is the third rocky planetary object that orbits around a single star system, with the single star being Helios. Its neighbor, Tellus, a small ocean planet, also supports life, in equally perplexing forms. Approximately 10,254 kilometres in diameter and with a mass of roughly 4.983x10^24 Kg, Animula is a planet about 83.3% as massive as earth. Around 60% of the lithosphere of Animula is completely covered in water, and water depth can reach 15,000 metres. Similar to earth, Animula has a lithosphere divided into tectonic plates, which interact, perpetually changing the landscape of Animula over time, though to a markedly lesser degree than earth, due in part to Animula's smaller size, and consequently less hot and liquid mantle and core. Below the lithosphere is a semiliquid mantle of molten rock; below the mantle is a liquid outer core; and a solid inner core composed of various metals, which provides the magnetic field around Animula, protecting it from radiation from space;. Surface temperature can range from -78 degress Celsius to 95 degrees Celsius, and the atmosphere is composed of a mix of 20-30% oxygen, 50-60% nitrogen, 6-7% VSC (volatile sulfur compounds) and traces of CO2 and argon. Life here is aerobic, similar to earth, and photosynthesis is also the main method of energy production for producers.

Animula is a rocky planet, meaning it is composed mostly of solid materials with only a thin atmosphere of gas, instead of being nearly entirely composed of gas, as gas giants are. In terms of solids, it has from the core up: a solid (due to the immense pressure) core composed of a gold-iron alloy that provides an immensely strong magnetic field (due to gold's increased magnetism) that either deflects solar wind or channels it to the poles, where creatures bear witness to awesome solar plasmal light shows... whilst being doused with a deadly dose of radiation; the gold is there because of it's higher mass and unusual abundance in Animula. Further up, the outer core is composed of iron and nickel; followed by a mantle made of burning semiliquid rock; and finally the lithosphere: composed of oxygen (including it's compounds) 31.6%, iron 31.3%, magnesium 14%, silicon 13.2%, sulfur 3.8%, calcium 1.6%, aluminum 1.3%, and trace elements making up the remainder of 3.2%.

Being smaller than earth, Animula has a slightly thinner atmosphere, but the disintegration of H20 atoms early in its formation history meant that it had a much higher average percentage of oxygen than earth of up to 32.2%, which did not equate to bigger creatures due to the net volume of oxygen still being relatively similar. The rest of the composition is 67.7% nitrogen, with around 0.1 percent of trace chemicals such as carbon dioxide, hydrogen sulfide, water vapour, and other such gases.

Similar to earth and other rocky planets early in their history, Animula's molten core and mantle mean that the lithosphere is tectonic: the surface is split into separate plates floating on the mantle, continuously interacting, creating earthquakes, landforms and occasionally whole new continents. However, due to Animula's smaller size and therefore less hot and liquid mantle, tectonic activity is much lesser than that of earth's, and as such the land and sea fluctuate less in height and general diversity.

Like nearly all stars, Helios started as an intersteller cloud of dust and gas, with a high concentration of hydrogen. The gas was formed during the aftermath of the big bang, while the heavier dust came from remnants of distant supernovae. This cloud, by means of gravitational attraction, slowly lumped together and started spinning, probably because of a nearby disturbance, similar to the way water twists down the drain and planets orbit laterally around their sun. The heavy concentration and density caused by the extreme mass and gravity started the process of fusion of hydrogen into helium, whilst the spinning warped Helios more and more into an oblate spheroid, with the fastest spinning parts of Helios, with the heaviest concentration of heavy elements, flying further and further from the core.

Eventually, these further flung parts of Helios separated from the star, creating an accretion disc. The material of this accretion disc is much more highly concentrated in heavy elements. Solar wind from Helios, much stronger since it was young, repels lighter elements, mostly gases, further away from Helios than heavy solids, essentially separating gas from rock and allowing gas-exclusive and rock-exclusive planets to form. The millions of solid clusters an asteroids of the inner Helior system, through gravity, clustered together until they formed seven planets: five of which still orbit Helios at 4000 myai.

When Animula was almost fully formed, at that time only 60% of its later size, there were also two planetoids very close orbital zone: the first was Granum A, the second Granum B. Due to their close proximity to each other, Granum A (a small rocky planet) and B (a planet that actually had oceans, albeit under miles of ice), along with Animula, were slowly drawn to each other, edging closer and closer, and with each tiny pull leading to a stronger pull the next time due to the fact that the closer something is to something, the stronger the gravity between them is.

At around 1 mybi, Granum A and Granum B finally crashed into each other with a resounding impact. Both planets were shattered into bits, forming a meteor cloud of ice, water, and rock. In nearly one million years, gravity slowly lumped these together into a new planet, Sagitta, about 40% of Animula's post-impact size. But Sagitta was to be short-lived, as once again the same minute gravitational attraction that resulted in the impact of Granum A and B slowly attracted Sagitta and Animula together.

At 0 ybi, and 0 yai, Sagitta smashed into Animula.

At the moment of impact, 0 yai, Sagitta completely disintegrated the half of Animula that took the brunt of the impact, shattering it into millions of bits at most 100 metres across. The other half of Animula was less affected, though even it was shattered into hundreds of planetoid-sized bits. Sagitta was equally affected; its oceans were vaporized by the sun's radiation, and hung around the impact site as huge clouds of obscuring water vapor. Meanwhile, the impact remnants slowly began to recluster. Heavier elements naturally lumped closer to the middle, melting and forming a white-hot core. Oxygen reacted with heavier elements to create the tectonic lithosphere along with other minerals. And last of all, water, in gas form, was attracted slowly back to Animula, condensing and forming the planet's seas, oceans, and clouds. The atmosphere eventually settled into a life-supporting state which it would maintain until present day (4000 myai).

Retrieved from "https://spec-evo.fandom.com/wiki/Animula?oldid=31508"
Community content is available under CC-BY-SA unless otherwise noted.